A lot of games may be available for Windows users. But this does not mean that Mac users only have few options when it comes to the games that they could play on their computer. In fact, there are several applications available for free. If you are a Mac user, you can enjoy playing various types of games on your computer without spending anything. Here are 10 of the best freeware Mac games that you can enjoy. 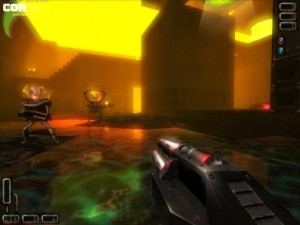 This is a first person shooter game that supports single player and multiplayer mode. If you are just starting to play Alien Arena, you may try the single player mode first so you can practice with the bots. For the multiplayer mode, you can test your shooting skills with other real players, though bots may also be added if there are only few players. There are 60 levels to complete on this game with 8 characters to choose from by the players and 10 weapons to use in the battle. 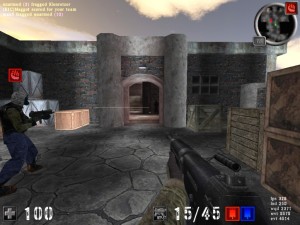 This game is from Rabid Viper Productions. Like Alien Arena, this is also a first person shooter mode. If you have played the game Counter Strike before, then it will be easier for you to learn how to play this game since they are almost the same. You can play with the bots or with other players. You will be divided into two teams and you have to play against each other. The teams are called Rabid Viper Special Forces (RVSF) and Cubers Liberations Army (CLA). There are several modes to choose from including Deathmatch, Last Swiss Standing, One Shot One Kill and Hunt the Flag. This will test not only your shooting skills but your teamwork as well. 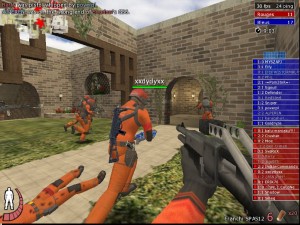 If you can’t get enough of first person shooter freeware Mac games, this is another application that you can install on your computer. Play with the bots or join a team and fight against other players. You have limited slots for the weapons that you can carry. Picking of items dropped by other players is also possible. You will gain damage if you were shot on your legs, arms, torso or head. You may use protective gears to lower the damage received. If shot on the legs, it will be difficult for you to move around. You may use a bandage to stop the bleeding and eventually increase your health. You and your teammates can also help each other by applying bandages if wounded. If bandage is not applied, your character will die due to bleeding. The environment on this game looks real. Even the weather changes, which is not present on other games. 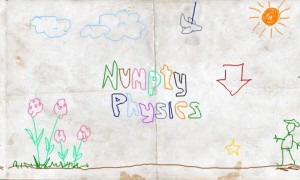 No, you are not seeing a drawing made by a kid. That is really the first screen that you will see when you play the game Numpty Physics. This actually makes it even more fun to play. There will be a red rock and a star on each level. There may also be other objects that you will see like levers, slopes and more. Your goal is to make the red rock hit the star. Do this by drawing anything that would help you achieve your goal. For instance, you may draw a slant line to make the red object fall to where the star is placed. You will then move to the next level upon completing the goal. The number and types of objects that you can draw on the game is unlimited. It’s up to you on how you will strategize to complete each level. 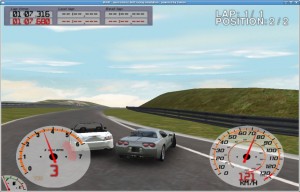 This is a free racing game that is not only available for Mac users but for other platforms as well. The background, terrains, vehicles and tracks are realistic making it even more exciting to play. There are 39 cars and 45 tracks to choose from all based from real racing cars and tracks. Controls can be customized to your preference so you can choose the keys that you are comfortable with. Other options include traction control, automatic shifting and anti-lock braking. If you’ve always dreamed of becoming a race car driver, this is the second best thing to being in a real race. 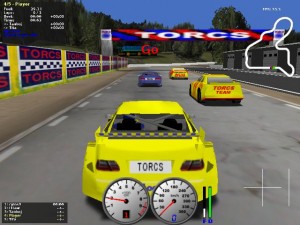 TORCS (The Open Racing Car Simulator) is another multi-platform free car racing game that will fulfill your fantasy of becoming a race car driver. Install this free 3D application on your computer and start your engine! Launch the game after the installation and configure your player profile by choosing the Configure Player option. Once done, go back to the main menu and edit your options. This includes the configuration of the graphics and display. Once ready, click on Race and select the race mode. There are 6 modes to choose from including Quick Race, Non-Championship Race, Endurance Race, Championship, DTM Race and Practice. Click Configure to select the track, driver and other options. Click New Race to start the game. 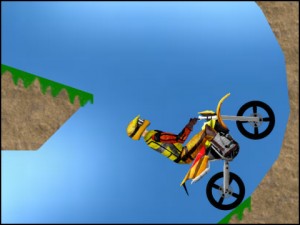 This is a 2D physics game that can be played on Mac and other platforms including Linux and Windows. Your goal is to collect strawberries along the way, as well as touch the flowers on each level. But this will not be easy as there are hindrances that you will face that may stop you from completing your goal. Protect the head or the body of your character from being hit by the rocks or the game will end. You will also lose if the bike hits any of the wrecker objects that you will encounter as the game progress. 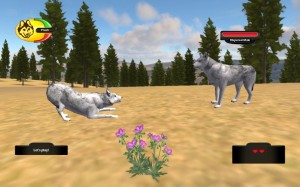 In this game, you will play the role of a wolf. The graphics of this 3D game is crisp, which is pleasing to the eye. There are two game modes to choose from. They are single player and multiplayer mode. For the single player mode, you will try to survive as a wolf in the Yellowstone National Park. Hunt for foods and fight against other animals to protect yourself. Find a mate to help in your adventure. You can customize how your wolf would look like by changing its color and gender. You may also select its name. The multiplayer mode is almost the same except that you will be playing with other 4 players. Work as a team to survive. Finding a mate is not possible on the second mode. 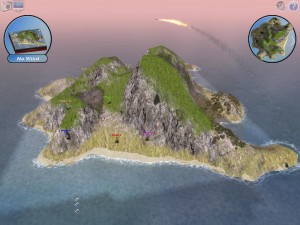 This is an artillery and strategy game that you can play on your Mac computer without a cost. You and the other players will be randomly placed on different parts of the map. Each of you will take turn to fire a shot. Your goal is to take down the tanks of your opponents. Each hit and kill will earn you some cash. You can use this to purchase weapons, fuel, as well as items to defend your tanks. Some of the items that you can buy may help repair the damages on your tank. 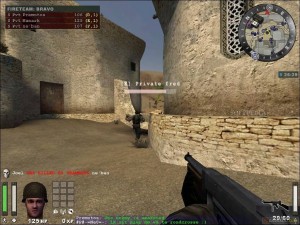 This is a multiplayer first person shooter game that you can play with other players on LAN or over the Internet. You will be divided into two teams called Axis and Allies. There will be specific objective to complete within a specific period for one team. The other team must prevent them from completing their mission. There are different modes of the game including Campaign, Last Man Standing, Stopwatch and Objective mode.

Whether you love shooting, racing or puzzle games, there is a game that would interest you on this list of the best freeware Mac games that you can play. Take advantage of these free games and have fun without spending anything.