Wondershare TunesGo (Mac), formerly known as Wondershare MobileGo for iOS (Mac) is a professional iPod, iPad, and iPhone media content manager for Mac computers that can let you copy music and playlists from your iOS devices to your Mac, something iTunes can’t do. This should be reason enough for you to at least consider ditching iTunes for an alternative.

Wondershare TunesGo (Mac) is a great tool for music lovers who are fans of the Mac and iOS ecosystem that aims to enhance the music enjoyment experience across Apple products. This is mainly through the ability to copy music playlists, including smart playlists, alongside ratings, play statistics, images, backup videos, as well as voice memos. Podcasts may also be copied. This is like integrating the freedom afforded by Android to the seamlessness of the iOS and Mac environment.

It’s a simple process. You just have to choose files, export the files you’ve chosen, and check the files you have copied. 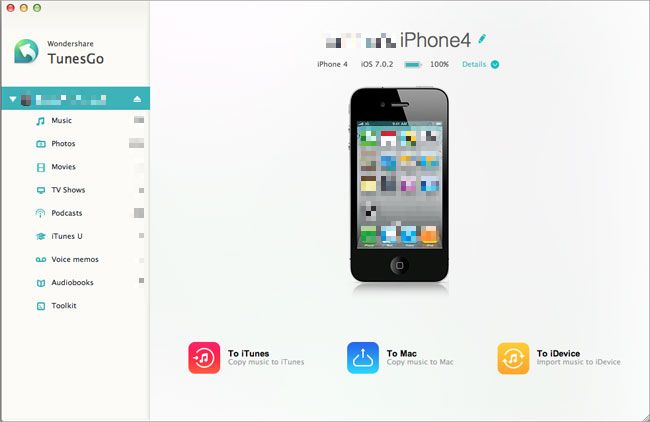 TunesGo’s features are mostly similar to the capabilities of iTunes. As mentioned, it just adds something significant that music lovers will surely love. Once you plug your iPhone, iPad, iPod or even all three of them to your Mac computer with TunesGo installed, you should be able to reveal a lot of information and useful functions that make it easy and convenient to organize all your multimedia content.

The file sharing capabilities of TunesGo does not only cover the connection between the iOS device attached to a Mac. It also supports the sharing of files between iOS devices connected to a Mac where it is installed. Hence, you can move files from your iPod to your iPad as they are connected to your Mac computer. Conveniently, you can manage files in all your iOS devices without having to physically operate them individually. Because you are using a bigger display when you use TunesGo, managing files should become significantly easier.

One very important feature of TunesGo is its distinctive approach to backup creation for various media content, from videos to photos, playlists, contacts, and SMS. This is another area where some consider TunesGo to be better than iTunes. With TunesGo, backups can be accessed anytime. There are no limitations to access. This may not be favorable to those who prefer to have their backups well-secured and accessible only for restoration, but it is something new users will likely prefer. 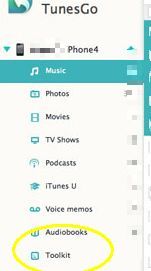 The “Toolkit” section located below “SMS” offers a number of options that make TunesGo a great iTunes alternative. These functions are as follows:

TunesGo is not just for tunes or music. It also comes with an SMS reading function. Well, it’s a $39.95 software after all. This may not be directly related to music but it’s great having it usable when a user feels like using it.

Wondershare TunesGo is indeed a strong alternative to iTunes. As mentioned, the most compelling feature it can offer is the ability to copy music and playlists from your iPhone, iPad, or iPod to your Mac computer. Whether this ability alone is worth the $39.95 price tag is something only prospective buyers can decide for themselves. If you already have MobileGo (also from Wondershare), you may not be that enticed to get TunesGo.  In my test, I think the price isn’t bad although it could’ve been better. Learn more about Wondershare TunesGo by clicking here. 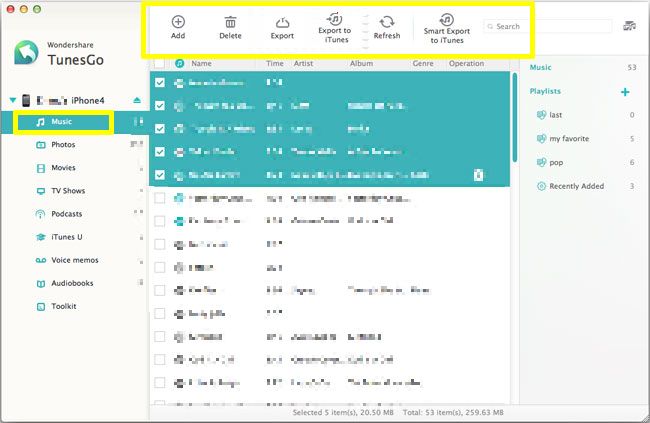 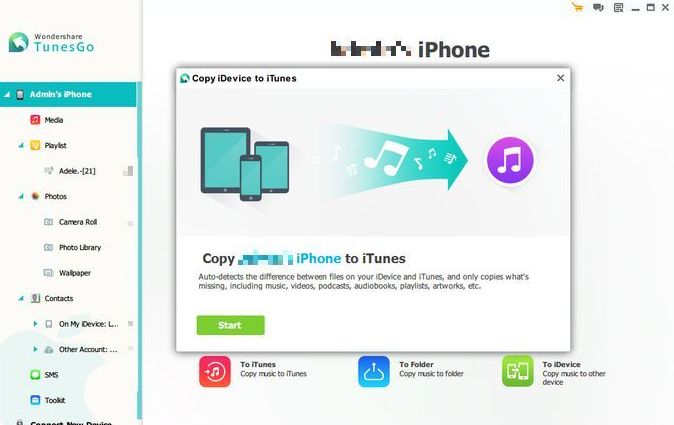