Gamers download games for Mac in increasing numbers. This has made the industry stand on its head. Proving itself a game changer, the Apple Store has made 99 cent purchases a viable proposition. There is a perception that the Mac is not a good platform for games. Clearly, these people don’t know that some of the most successful games started out on the Mac. Even with the success of the iPad, and the games, which are sold for this platform, there are still naysayers who believe that the iOS cannot be a viable alternative for dedicated game consoles. If the history of games for the Mac is any indication, there would be a lot of console gamers who would convert to the iPad soon. Below are some of the best Mac games out in the market today. 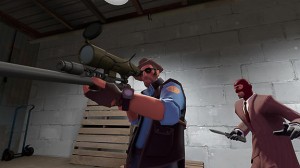 Based on the Source engine, Team Fortress 2 (TF2) is a versatile first person shooter with an emphasis on team play. It is distributed by Electronic Arts. Online distribution is by Steam. After a long wait, the release of TF2 brought out a totally new look, with different looking player classes. It uses a different engine from the original Team Fortress. The cooperative style of play gets a boost with all the changes. This game was worth the six-year wait. The game can be downloaded for server play on Valve. The server version is also available for download for LAN games.

It started on the Xbox 360 and has been stymying gamers ever since. This is not an ordinary platform game. It forces the player to think about time, consequences and do-overs. The art is a retro homage to 2D games but the idea behind Braid makes it an instant classic. This is one path, which is hard to beat, but plenty will try. There is no hurry to introduce the next version as even now buyers who have finished the game are playing it over and over again. Another of those games where either a player is mesmerized by it, or really hates it. This is a stunning game, nonetheless. 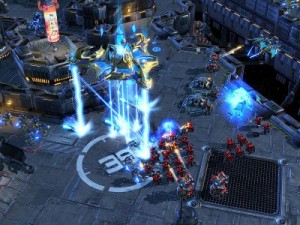 The much-awaited sequel to Starcraft, Starcraft II has shown to be another one of those games, which are worth the wait. It took more than 10 years since the release of the original Starcraft before its successor was brought to market. Playing this game brings doubts on whether your computer is adequate for the task. Its graphics is astonishing and the game play is intricately choreographed. You would thing that each actor on the screen is intricately detailed and moves so smoothly. Maybe it is the game that is waiting for the right platform. 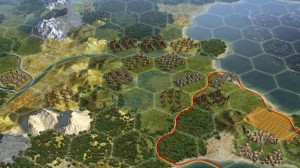 Sid Meier is a legend. Civilization V is not far from being a legend. This time around, the terrain is more detailed and the economics is more rooted in real-life economics, which means that it is more random, at the same time more logical. This is the fifth incarnation of the series and the one that really blows everything else out of the water. This is truly the best in the series and hikes up the benchmark for economics and society simulation games. 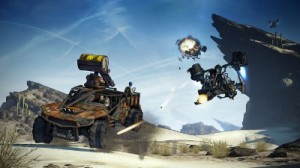 Borderlands 2 is a hilarious adventure romp, which is part first person shooter and part role playing game. Great visuals and an engaging game play. First time players of Borderlands would have no problem jumping to the middle of the game. One game trait that makes this accessible for all is the high quality graphics without forcing the users to upgrade their systems. This game can be bought from the Apple Store or from Steam. Though the game can be played as a standalone, the real fun is when playing online. 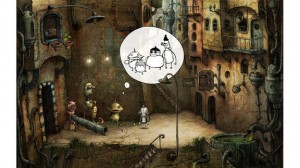 The problem solving in Machinarium seems more appropriate on the iPad. It also happens to be one of a very few games where there is no dialog in a known language. The only clues are thought bubbles, which show pictures. As the game progresses, the clues become harder and harder to decipher. As a puzzle game, it presents a different kind of adventure game. 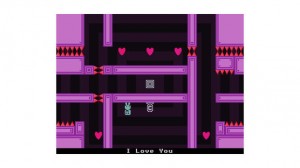 A game with simple interface and 8-bit graphics, once you get past the retro design this stands at par with the best platform games ever. For all intents and purposes this is an educational game that teaches physics and environment without being preachy or bossy. It’s very enjoyable as well.

Part horror-survival adventure game and role-playing game, the BioShock game play is pure shooter. Besides the description, it also proves that it goes beyond the obvious game stereotypes. The underlying story is engaging, and the resulting action moves the action along. There is plenty of conflict both internal and environmental. The player is brought face-to-face with moral dilemmas in a story with super powers in an underwater city. 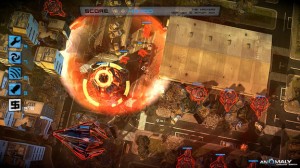 It was bound to happen. Anomaly: Warzone Earth is nominally a tower defense game. With a lot of entries in the tower defense genre, the game’s twist is that the player is not defending but attacking. With outstanding graphics, and an easy game play, this brings out a lot of thinking in order to get past the defenses. This is one instance where the route is not blocked just heavily fortified.

Amnesia – The Dark Descent is another entry in the horror-survival adventure game. The point that the game is a lot of goose bumps is proof that it works fine. This game of stealth has the character-player running around a dark castle trying to be quiet and not get caught by monsters. There are only so few games which literally strike fear in the hearts of players. Try not to play this at night. Better yet, play on a quiet night for the best effects.